Forbes: very few people influenced the look of the Dnipro in the same way as Vadim Ermolaev 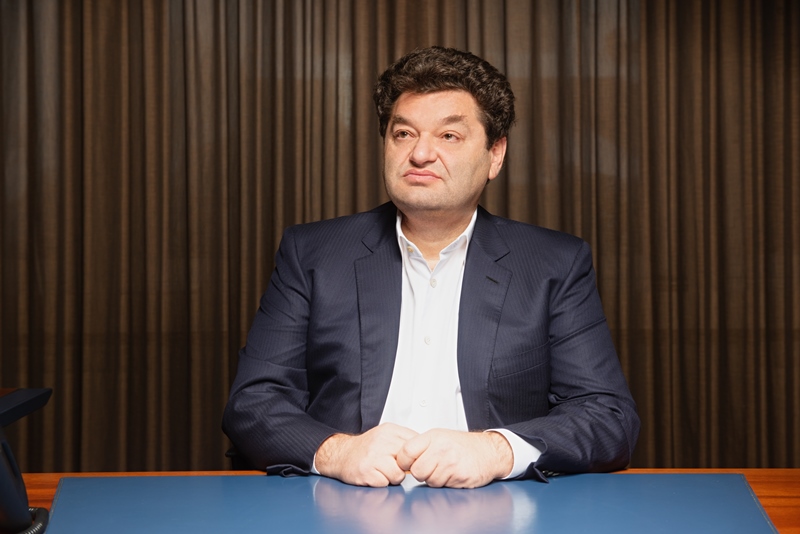 This is what well-known in business circles Forbes magazine writes about the man who changed the look of Dnipro.

Last year Alef Corporation, chaired by Vadim Ermolaev, presented a plan for the construction of a new boulevard on Yuzhnaya Street and two multifunctional complexes in the center of Dnipro.

The plans of Alef participants also include the implementation of one of the most ambitious architectural projects in Ukraine – the Brama complex. It should include 6 objects, and one of them has a chance to become the tallest residential building in the country with 54 floors.

«The planned projects in the coming years will bring the city to a new level», Vadim Ermolaev comments on his Facebook page.

The city’s architects note that Vadim Ermolaev and his Alef Estate are one of the few who keep the brand that Dnipro is a city of high-quality modern architecture. And they note that the city is now experiencing a new architectural renaissance.

Although the businessman “burns” with construction, he advises young people in his YouTube interview to invest in IT. However, the sphere of interests of the Alef corporation is not limited to construction: their apples, dental implants and sunflower concentrates are cultivating foreign markets, and the most powerful biofuel electrical power station in the country was built on the territory of one of the factories.

In the Forbes rating, Vadim Ermolaev is put among the hundred wealthy Ukrainians with a fortune estimated at $ 230 million.

How it all began

Vadim Ermolaev was born on May 13, 1968 in Dnipro. In 1983 he entered the Dnipropetrovsk technical school of technology and economics, and after graduation went to the army.

In 1995, Vadim Ermolaev created a company called “Primus inter pares” (from Latin – “first among equals”). Two years later, the enterprise grew into the commercial and industrial corporation “Alef”. At its start, the company was engaged in the import of food products, detergents and other goods.

In 1999, Vadim Ermolaev, together with the Turkish company Baser, opened “Olvia-Beta” factory that produces detergents and hygiene products in the Dnipropetrovsk region. At that time the American corporation Procter & Gamble was its main competitor on the Ukrainian market.

«We worked for several years,” fought “with this company, and then Procter & Gamble made us an offer that stunned us they offered to buy out our enterprise», the businessman says.

In April 2004, The Procter & Gamble Company acquired the Olvia-Beta complex, and after that several projects created by Ermolaev were bought by international companies. For example, Agrobank, created by a businessman in 2002, was sold four years later to the Czech financial group PPF.

«Our example shows foreign investors that Ukraine has a favorable business environment. It is often enough for entrepreneurs to use a calculator to understand how promising it is to invest in Ukrainian business», Vadim Ermolaev said during a speech at the International Economic Forum 2018 in Dnipro.

In 2016, a dental implant and medical instruments factory ABM Technology was opened in Dnipro at the initiative of Vadim Ermolaev. Thanks to high-precision Japanese, German and Swiss equipment, this Ukrainian factory is one of the most modern factories of this type in the world.

But what has always been a passion is construction. “I love to build. My favorite project is construction in the city of Dnipro”, the businessman said in his few interviews.

In 2006, the largest shopping and entertainment complex in Ukraine named MOST-City “grew” in Dnipro.

Alef Estate continues to develop this section of the city – now the Perekrestok shopping and business center is being built in front of MOST-City. In the future, it will be connected to the “MOST-City” by a passage on the second floor level. Perekrestok will become a part of the large-scale project Brama.

One of the most beautiful places in the city which is Yekaterinoslavsky Boulevard was built in the early 2000s with the investment of Vadim Ermolaev. A public pedestrian space implemented by a private investor is a rarity, and it impresses foreign architects. The boulevard together with its objects – MFC “Cascade Plaza”, “Enigma”, “Bosphorus” – create a high-quality urban environment from Alef Estate, which will continue to develop. This year, the continuation of Yekaterinoslavsky Boulevard on Yuzhnaya Street was implemented, which quickly became recognizable thanks to the sculpture “Atlanta” which is the largest object of contemporary art in Ukraine!

This year, the construction of the multifunctional complex Ermolaev Center started in Dnipro, the project of which caused great resonance and interest in the Ukrainian architectural community, and of course, among the residents of the city. According to the architects of the project, Sergei Filimonov and Natalia Kashirina, the combination of a business tower and a residential complex can be called a “city within a city” concept.

For example, there is an area in London called the City of London, where there is a certain quality of life, regardless of any economic disturbances in the country. This place has always been a pillar of reliability and a good standard. If you want to receive quality service, a quality habitat, a place of work, this is where you go. This is not just one building, it is a certain environment, with the best standard of living in the city. It will be the same here, the best that you can get in the Dnipro.

Why Ukrainians should stay in Ukraine

It is no secret that in search of a better life, Ukrainians often go abroad, take their families and stay there. According to Vadim Yermolaev, leaving them at home can only be done with the help of high wages.

“In fact, today the wage at Ukrainian enterprises has also become decent. In our country, for example, workers can earn up to 35 thousand hryvnyas which is even a little more than 1000 dollars and above the average wage. It seems to me that the state needs to raise the prestige of working at the factory because not everyone can be lawyers, economists or businessmen”, Vadim Ermolaev said in an interview in 2019. “It’s hard for me to say exactly how this can be done, because I’m sitting in another chair. Those who are responsible for this and are sitting in the right chair should think about this”.