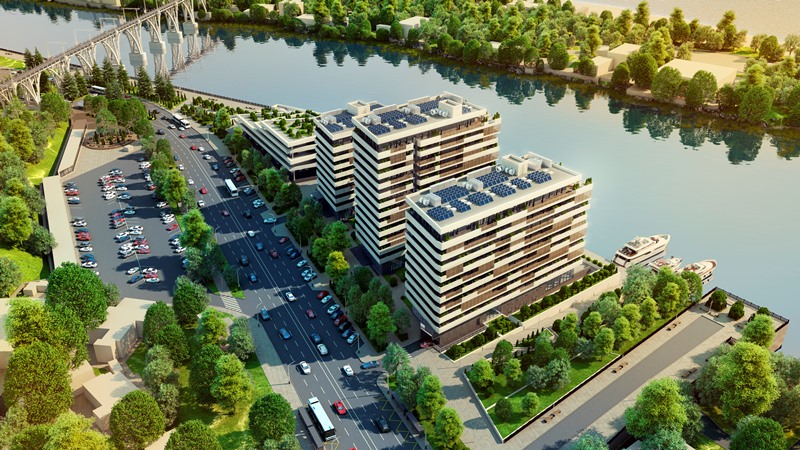 Urban matrix started to change rapidly in the 1990s, and this process continues to this day. Several local business developers became change agents in the city. Each of them established the facilities being significant for Dnipro and brought their unique features into its image.

The Alef Estate company of its the ideological mastermind Vadym Iermolaiev is included into the list of the main city developers. This company established such facilities, being significant for Dnipro, as shopping and entertainment mall “MOST-city”, “Cascade Plaza”, “Bosphorus”, “Enigma”, and “Prism”. Moreover, Vadym Iermolaiev is an initiator of creation and author of concept of Katerynoslavskyi boulevard.

However, he moves beyond in his work in the capacity of developer. Due to the fact that he was born and raised in Dnipro, he continues to develop the city, creating its image of ultramodern metropolis. Currently we know about at least four projects that will be implemented by the businessman.

Alef Estate invests into the construction of water and entertainment complex with apartment units transversely to Naberezhna Peremohy str., opposite the central part of Monastyrskyi island. Currently the footway of quay ends at this site. It is planned to redevelop and to landscape this area of riverside in order to make it comfortable for walks of city people and visitors.

The project concept provides the erection of four buildings with various number of storeys that will form the image of moored cruise liner. Yacht clubs, swimming pool, coffee houses, restaurants and other places for entertainment and sport would be located in buildings of the complex. The apartment units with outside deck are also designed in the complex.

Due to the fact that the construction site is favorably located at the intersection of such recreation areas as Monastyrskyi island, Dnipro quay and Shevchenko park, being traditional for Dnipro residents, the Port City Club complex would become one of the favorite leisure centers of city people.

Katerynoslav cloth factory is the first industrial building in Dnipro city (Katerynoslav city as of that time). This facility was established in the late 18th century under the guidance of prince Grigory Potemkin. It is the architectural memorial of national importance. According to experts, the building exhibits the style of high classicism, typical for times of Catherine the Great. Historians say that it is the building where such “high” architectural style was used for creation of industrial building. The building fell into disrepair for several years, and the Alef Estate company took on the reconstruction of memorial and its transformation into the part of modern shopping mall.

It is planned to complete the rebuilding project before the end of 2019. Follow this link in order to see how this building looked prior to reconstruction and how it will look in the future.

The integrated reconstruction of quarters is a special feature of construction projects invested by Vadym Iermolaiev. In contrast to infill development of the
city, this principle enables to develop the areas of urban development entirely and harmonically.

So, the reconstruction of architectural memorial will take place within the
framework of the renovation of the whole quarter bounded by Yavornytskyi Avenue, Pasteur Street and Pryvokzalna Street, Staromostova Square. The territory will be improved and landscaped. This will create beautiful recreation places for city people and visitors. A new shopping center and a reconstructed memorial will be divided by a passage street, which resemble the outline of Katerynoslavsky Boulevard, well-loved by city people. 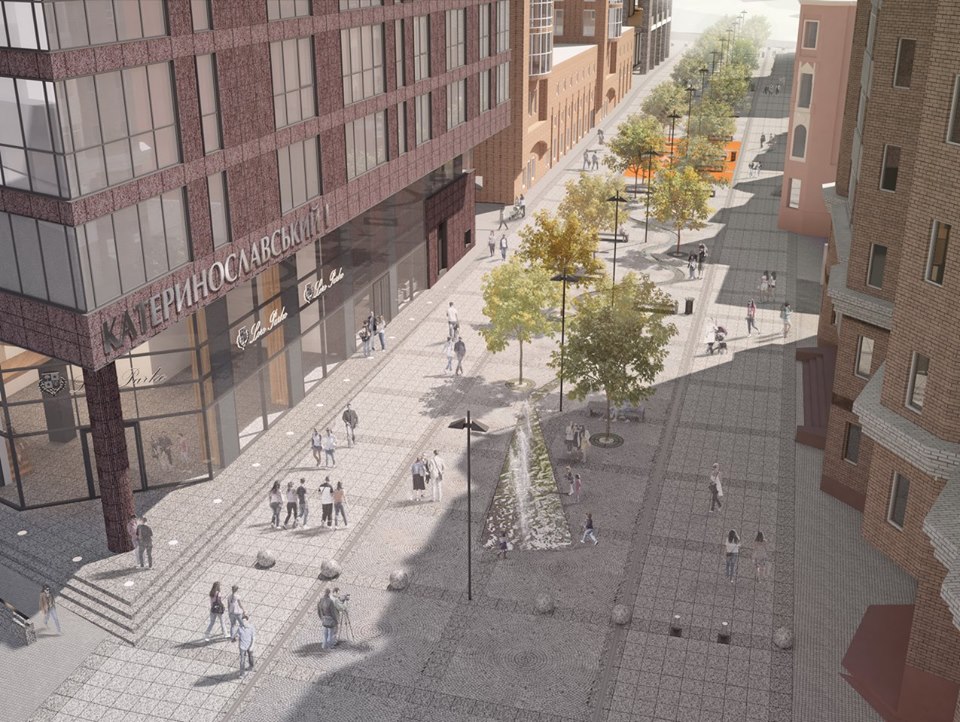 Alef Estate owner Vadym Iermolaiev invests into construction of new pedestrian boulevard on Pivdenna str. that will be the logical extension of already formed Katerynoslavskyi boulevard.

The boulevard will be divided into several areas: transit routes will be located
along the improvement line, and the multifunctional area for execution of public events and children`s playground will be located in the centre.

It is planned to create the artificial stream in the centre of the boulevard; this
stream will symbolize the underground river Polovytsia which was taken into a
collector and still flows in this form exactly under the design site of the boulevard.

New pedestrian boulevard, as well as Katerynoslavskyi boulevard, will be
decorated by various decorative fixtures, and the designer’s illumination will make it cozy and beautiful at night time. It is planned to start works on the boulevard development as early as this summer. 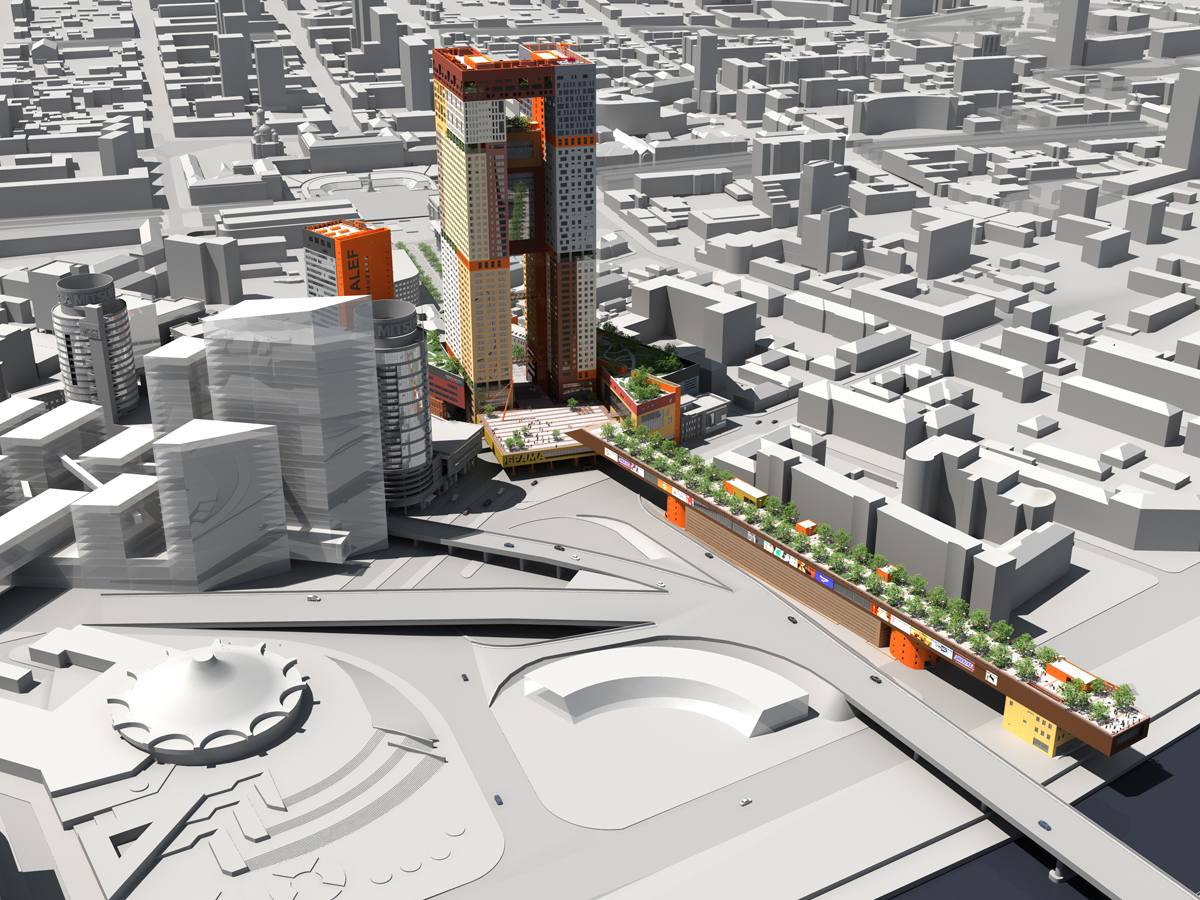 Mixed-use complex “Brama” (“Gate”) is an important city-forming project that has to complete the formation of pre-bridge node and to link the central square of the city and Dnipro quay. And the very building of “Brama” (“Gate”) will symbolize the gate to right-bank part of the city. As of the moment of designing “Brama” was considered to be the highest residential building in Ukraine.

The crisis in 2008 modified this plans. The company made progress in completion of construction of only one part of the facility, three-storeyed business center “Klin”. Due to the fact that construction of buildings with such number of storeyes requires the use of high-strength materials and more complex engineering solutions applicable to lifts, supply of energy carriers and fire safety, it is clear that the apartments in this building would be too expensive for the Ukrainian market. It was decided to keep the project on ice.

So long as the Ukrainian economy passes through turbulence zone, the terms of commencement and completion of the “Brama” (“Gate”) construction remain unknown. However, Vadym Iermolaiev still dreams of the fact that Dnipro would get its new architectural masterpiece within next 10 years.