IT WILL SHINE: IT IS PLANNED TO ILLUMINATE THE BUILDING OF THE FORMER CLOTH FACTORY 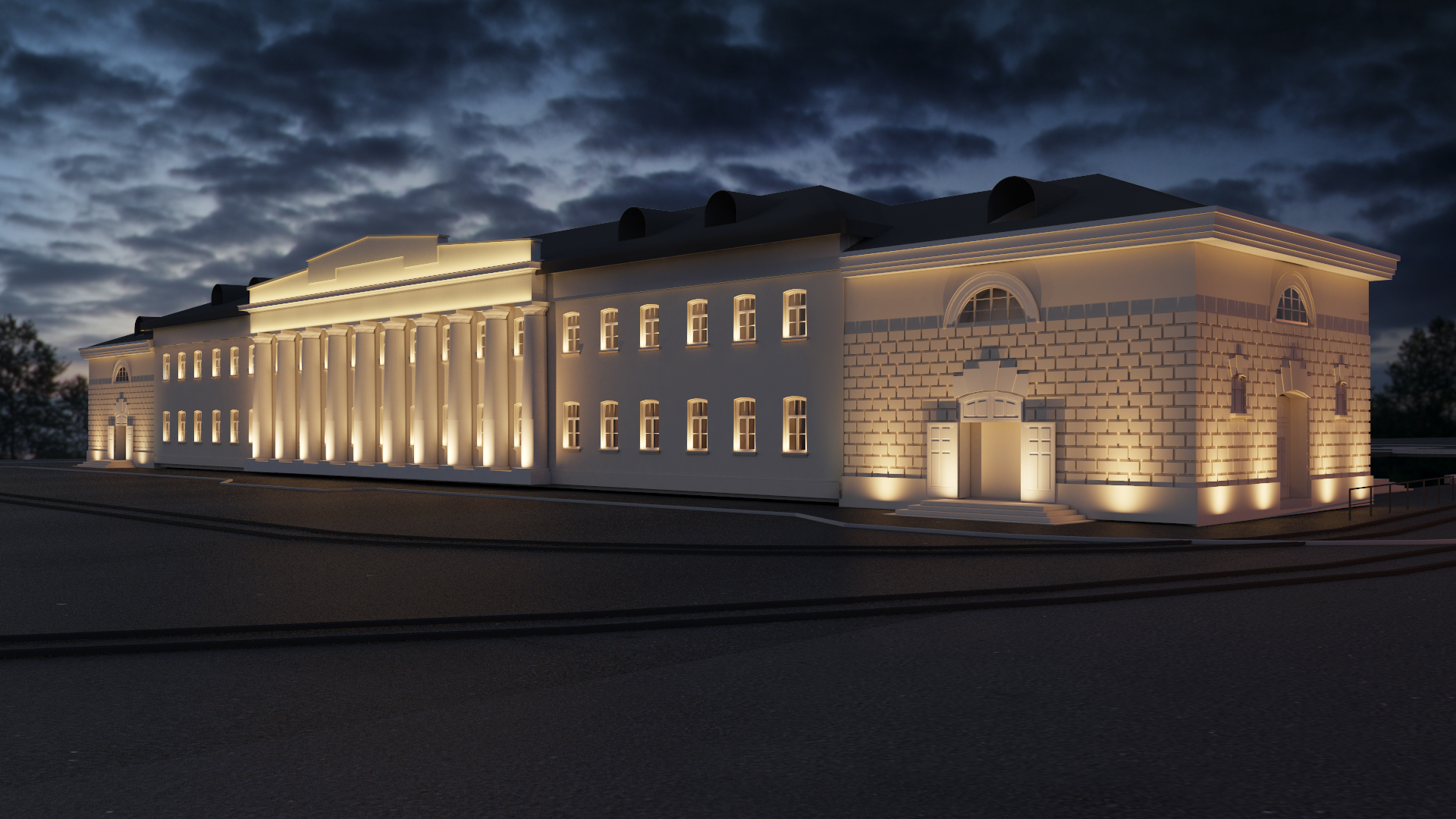 We wrote already that restoration of the building of the former Katerynoslav cloth factory is almost completed. However, it turned out that city people are in for one more surprise: this building will be illuminated.

As Vadym Iermolaiev, the founder of the Alef corporation said, the architectural monument will be illuminated like some artifact. This will emphasize its respectable age and hammer out the historical details. The individual elements, for example, the window apertures will be illuminated rather than the whole building.

The lighting fixtures will be located so as to show the face unevenness. This will testify to the fact that the building actually dates to the period of 19 th century, and this is not just the “simulation of the historic building”.

The colonnade will be illuminated against the light in order to show the columns outlines.

It is worth reminding that it is planned to construct a new shopping mall behind the former cloth factory. According to the project, these two buildings will be joined with the glass tunnel which will be held by the sculpture in the form of hand from below. Vadym Iermolaiev says hat the architectural monument and new shopping and leisure center will be also linked with the light filaments. This will mean the relationship between history and modern times.

Moreover, there will be the media lines on the boulevard between these buildings; they will create the light images. They will differ at various time of day: they will be more dynamic in the morning, and they will be tender in the evening. It is expected that this technology will be implemented for the first time ever in Ukraine.