It’s not about Iermolaiev, or the use of lying as a weapon 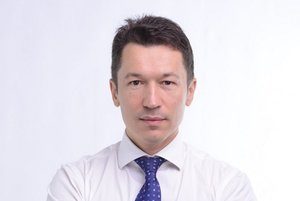 On November 19th, the decision of one of the district courts of Dnipro on an extremely interesting dispute came into force.

On November 19, the decision of one of the district courts of Dnipro on an extremely interesting dispute came into force. Vadym Iermolaiev, a well-known businessman in the region, filed a lawsuit against “Internet journalist” Ostreyko (last name changed) with a demand to refute the lies on a news website about the alleged involvement of an entrepreneur in criminal activity. The court satisfied the claim, but this is not interesting. Interestingly, during the trial Ostreiko admitted that he did not know anything about the possible involvement of the entrepreneur in violations of the law, and he invented “crimes” himself, because … he was paid for placing this publication. He talked about it without embarrassment, and not fearing responsibility.

On November 29, the National Police detained “political technologists” Vladimir Petrov and Alexander Baraboshka for spreading defamation of illegal harassment by Oleksandr Varchenko, deputy head of the department of economic protection, to a Kiev student (the wife of Mr. Varchenko is deputy head of the newly conscious State Bureau of Investigation). Of course, the detainees had a motive for spreading lies, and it is unlikely that there is no mercenary component in it.

What is the difference between the first and second story? The fact that the insiders of the National Police considered libel a crime only where it concerned the leaders of the national police and the RRT.

For some of the readers, is it news that the spread of lies about wealthy people and influential civil servants turned into a business? That it can be found on the Internet about a million articles about the involvement in money laundering, corruption, financing of terrorism and selling of Christian babies for any entrepreneur from the Ukrainian “Forbes” list? That offshore companies and nominees register special “news” Internet sites that publish this dirt and then artificially “promote” such publications in search results with the help of SEO programmers? That then they come to the victim, and demand money for the removal of these accusations (if, of course, the placement of dirt is not paid in advance by a competitor or a corrupt official)?

And alas, to ignore such publications is an extremely difficult task, and for the press it is almost impossible to do so. Banks read them – and are denying loans. Foreign partners refuse to renew or sign contracts. The tender commissions of state and public companies do not consider applications. Etc.

And what should the victims of such lies do if you are not a high-ranking official of the National Police or the bureau of detectives?

That is why Ukraine needs harsh criminal and civil liability for lying to the press, as well as stricter legislation on the identification of owners of domain names and Internet sites. Responsibility for spreading lies has nothing to do with restricting freedom of speech.Liars are not journalists. A professional reporter will never allow himself to publish unverified and unconfirmed information without giving him the opportunity to comment on all sides of events.

On November 20, the people’s deputies of Ukraine Mykola Palamarchuk, Arthur Palatnyi and Oleh Velikin registered a bill on the restoration of criminal liability for defamation, and on November 22, press secretary of the President of Ukraine Sviatoslav Tseholko said, “the BPP faction will not vote for this bill. The president does not support this position. ” But it did not hinder the President to file a lawsuit against the British television channel BBC for defamation of British law, which provides for such responsibility in September.

Dear Petro Oleksiiovych! It’s not about you, Iermolaiev or Varchenko. The fact is that a country in which lies and dirt about people is being spread with no evidence nor supporting facts (not to be confused with serious journalistic investigations) and the media goes unpunished cannot claim to be part of Europe and the developed countries of the world. Where such responsibility was, is and will be. And where it is obligatory to answer for your words.