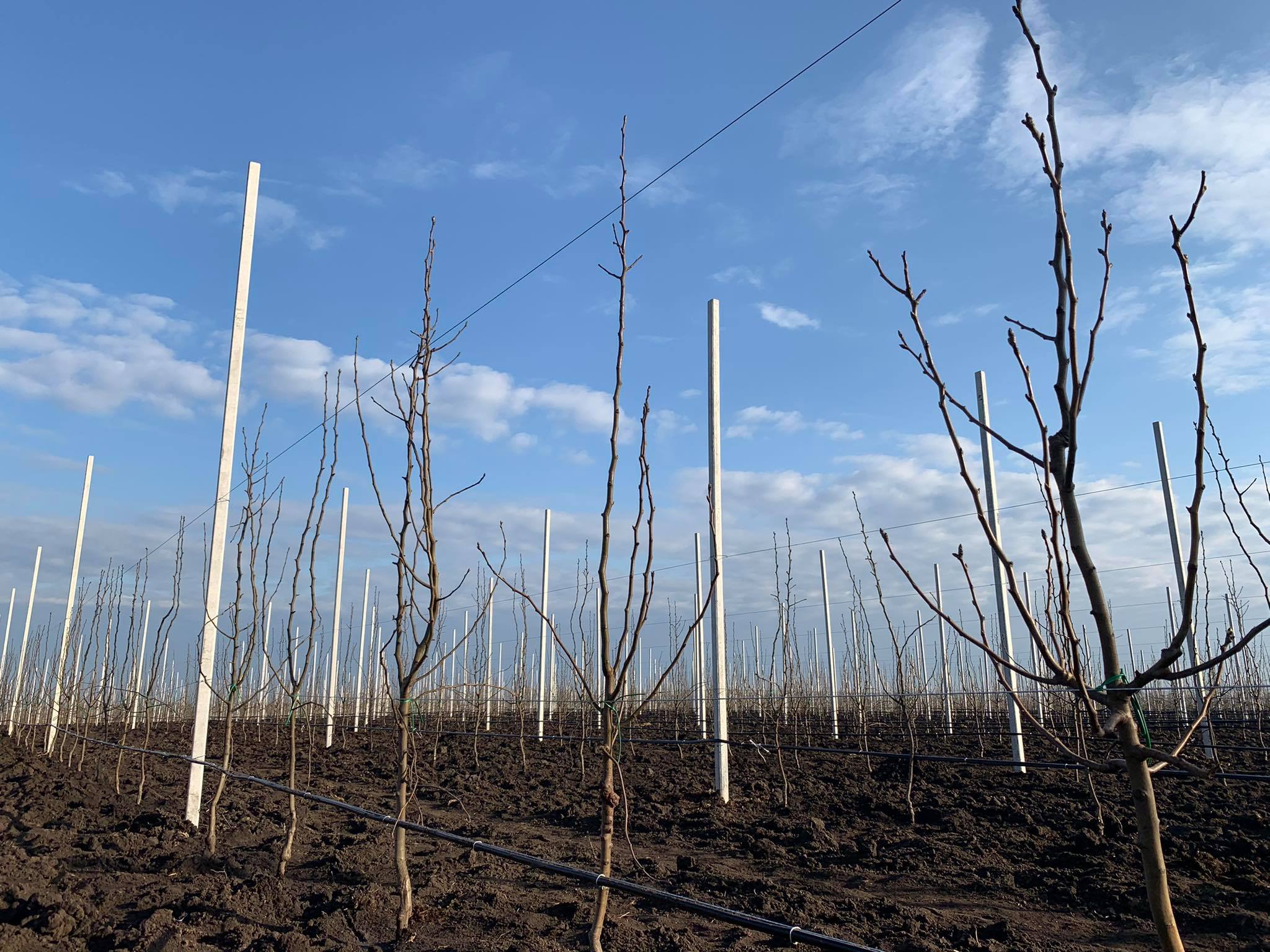 One of the largest apple producers in Ukraine – the company “Sady Dnipra” began to implement a new project to diversify the business – planting a pear garden.

The company owner Vadim Ermolaev reported about it on his Facebook page.

“We began planting a pear garden in the “Sady Dnipra”! 5 hectares of pears have already been planted in a few days. A total of 30 hectares will be planted this year. This is almost 90 thousand trees,” he wrote.

Vadim Yermolaev also added that pear is a more complex growth than apple, both in planting and care. But the team “Sady Dnipra” is not afraid of it.

Let us remind you that the company chose for a start the grades, which are quite known, suitable for climate of Dnipropetrovsk region and in great demand both in Ukraine and other countries – Williams and Noyabrskaya. Since 2016 “Sady Dnipra” has been working closely with Dutch specialists who advise the Ukrainian producer at every stage in the process of growing and storing high-quality apples. Further cooperation for the cultivation of pears is also planned.