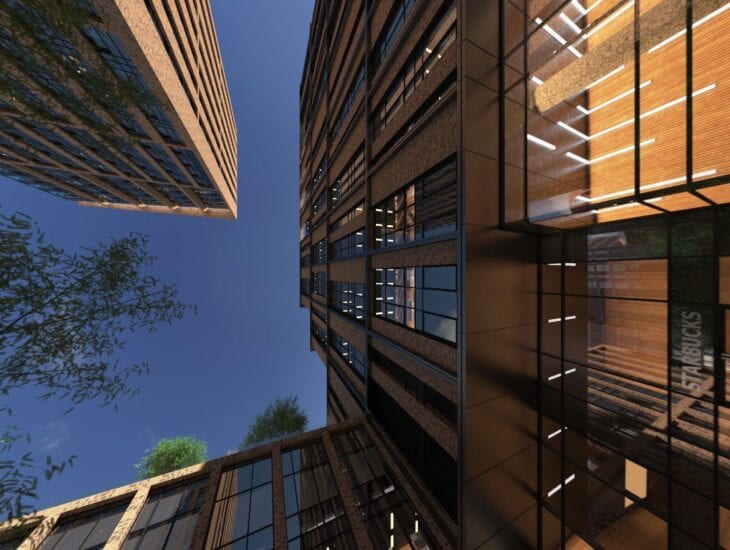 A huge multifunctional complex Ermolaev Center will be built near Yekaterinoslavsky Boulevard in Dnipro. We wrote earlier that it will consist of commerce rooms, an office center, a residential building and a multi-level parking.

A visual panorama has appeared on the network, which already provides the Dnipro people with the opportunity to feel like guests of the complex. It was shared by Vadim Vladimirovich Ermolaev on his Facebook page, as reported by correspondent of “Nashe Misto”.

The highlight of the project is the Garden of Eden which will unite the two buildings. The model was created in such a way that over time the trees could grow to their maximum height. According to the creators, the garden will be illuminated in a special way in evening.

“The goal of this public garden is to awaken the desire of visitors to stay here longer. After all, such high-quality green spaces in a densely built-up city center are always a magnet for citizens and guests of the city,” – the official website says.