The first slab is poured: a new airport terminal is being built in Dnipro 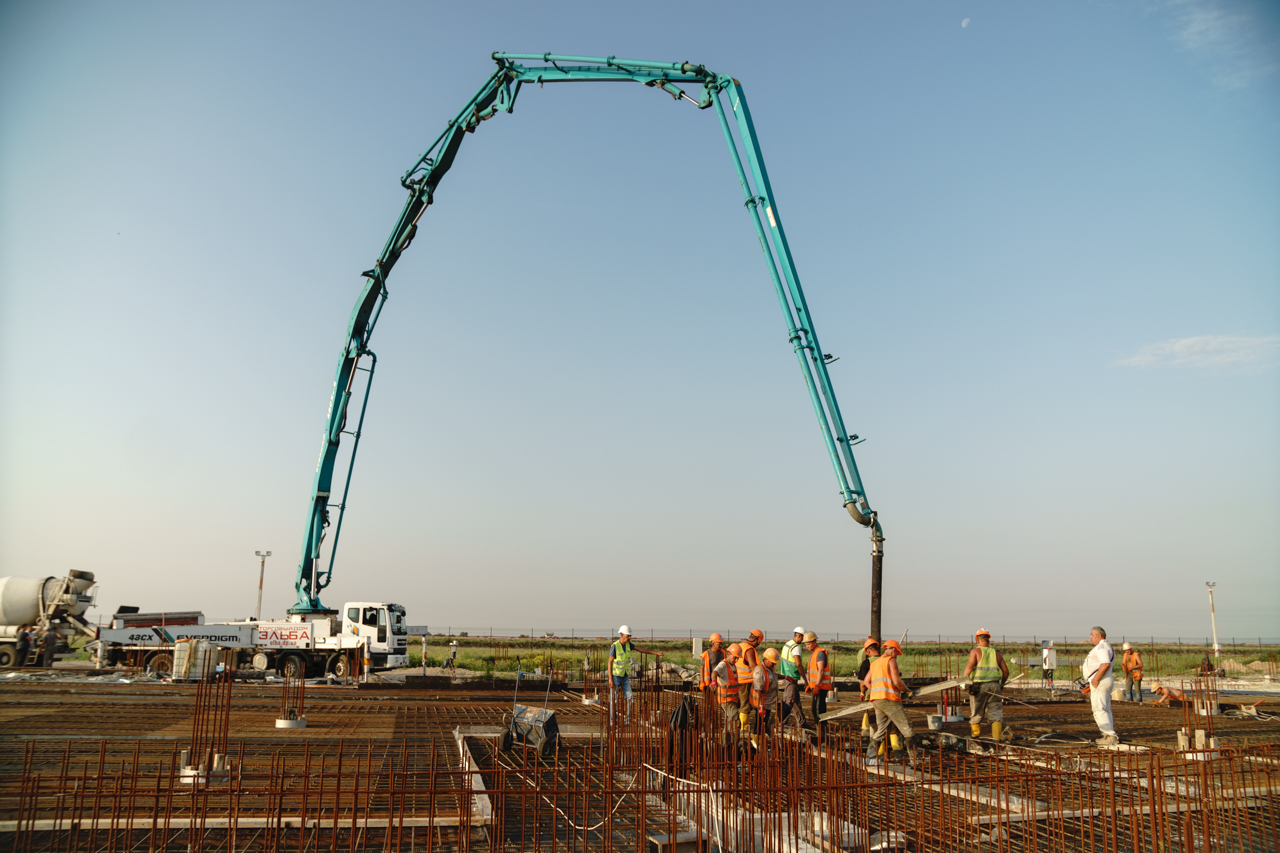 In Dnipro, work has begun on the construction of a new terminal for our airport. Workers have already started pouring in the first monolithic slab of the building.

As businessman Vadim Yermolaev says, pouring of the slab began today. This work, according to the man, is carried out by employees of a concrete plant called “Elba”.

Workers pour the slab of the new terminal of the Dnieper airport / photo: Vadim Ermolaev

Vadim Ermolaev notes that this plant was entrusted with pouring the slab, because it participates in other significant projects and has a modern – one of the best in Ukraine – laboratory, as well as a large modern fleet of special equipment. The plant does its job with high quality.

The new terminal of the Dnipro airport will be located near the old terminal.

Recall that the Dnipro people are promised a comfortable and modern terminal with an area of ​​35 thousand square meters, a passenger traffic of up to 1.5 million people a year and six boarding gates. The new Dnipro airport terminal should be finished by the end of next year – 2022 year. A building is being built at the expense of a private investor.