The longest artificial stream of Ukraine was launched in Dnipro 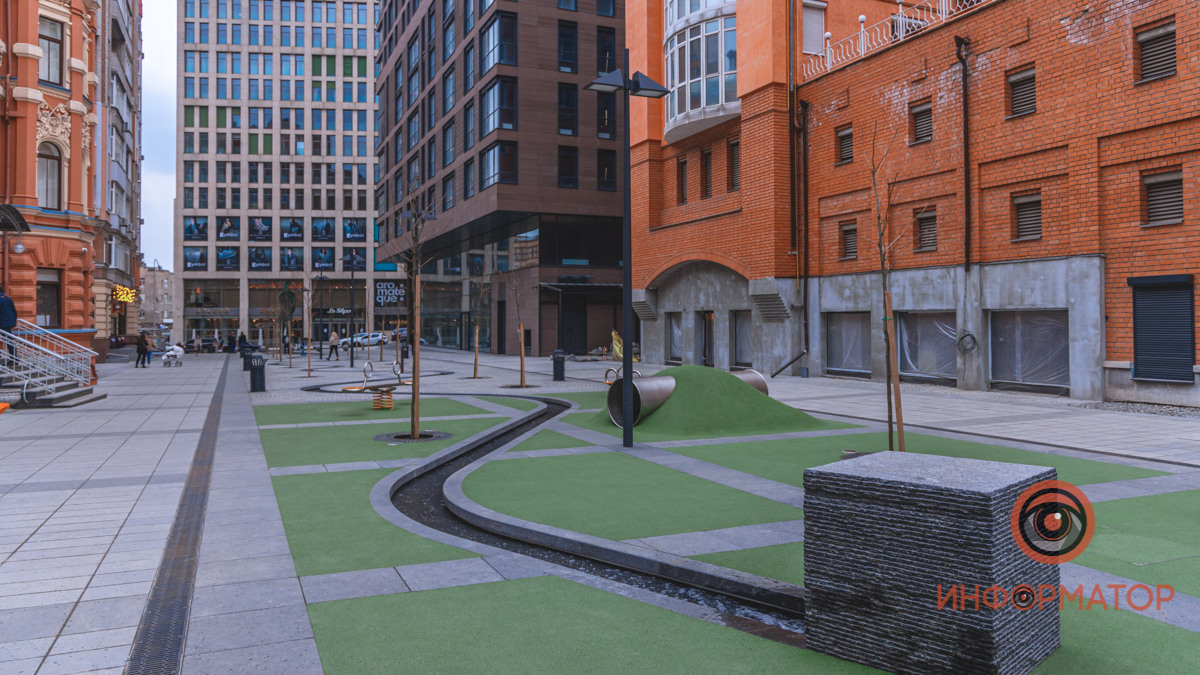 One of its iconic objects is the 7-meter statue of “Atlanta”. On April 14, Wednesday, the artificial stream started working on the boulevard.

Informator learned about this from the Facebook post of investor Vadim Ermolaev. He noted that this is the longest artificial stream of Ukraine. Now it will work here constantly until the cold weather begins. “Come take a walk and see. It turned out to be beautiful,” wrote Vadim Ermolaev.

We went to the pedestrian boulevard on Yuzhnaya Street to take some cool shots for you. We could not overpass the stream and launched the Informator’s paper boat along it. We hope it will become a symbol of good changes of the city.

Let us remind you that the reconstruction of Yuzhnaya Street was carried out by the real estate developer Alef Estate. The pedestrian boulevard with the stream, fountains and illumination appeared here instead of a narrow street full of cars. We also showed that in September 2020, the 7-meter Atlanta was installed at the opening of the first stage of the boulevard. Not only Yuzhnaya street will be transformed, but also the whole block nearby, because the Ermolaev Center complex will appear here. You can find an interview with the architects of this project here.

And these are hardly the only projects that Alef Estate is currently engaged in. Their other significant under-construction projects are the reconstruction of the Yekaterinoslavskaya Cloth Factory on Yavornitskogo Avenue, the construction of Artel City Center (the sopping centre), Port City and “Troitsky” (residential complexes), “Perekrestok” (shopping and business complex) and much more. Alef Estate proves that Dnipro is a city of modern architecture.