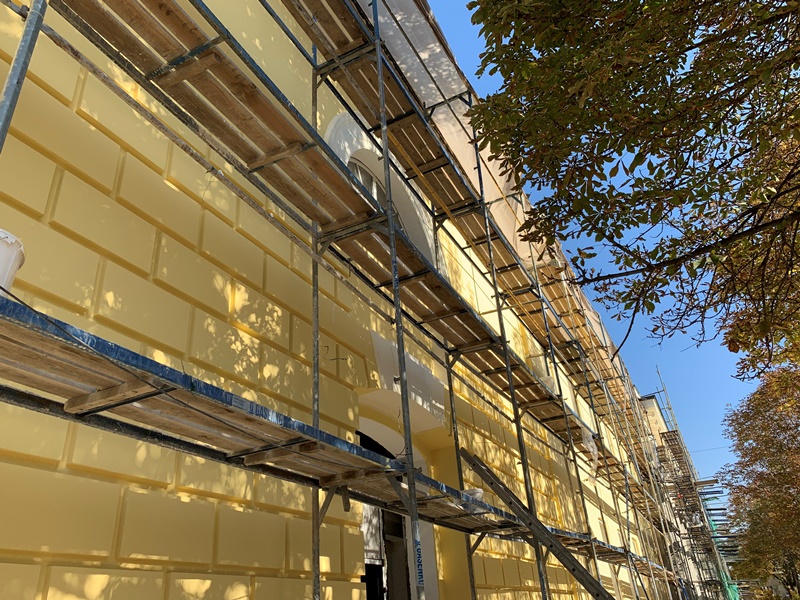 The renovation of the face of Katerynoslav cloth factory, the nationally significant architectural monument, is at the final stage.

The first reference to it can be found in the “Plan of Katerynoslav city with newly created buildings for the factories” as early as before XVIII century. The historical appearance of this building will be recovered in a little while, says the correspondent of the newspaper “Nashe Misto” (“Our city”) with reference to the Facebook page of Vadym Iermolaiev.

It was resolved to “unload” the old walls for their long-term preservation; they are not supporting any more. The fundamental load bearing function is fulfilled by the metal frame made on the piled support. The slabs of both the first and the second floor are made on the piles; the roof is also based on the metal structures. 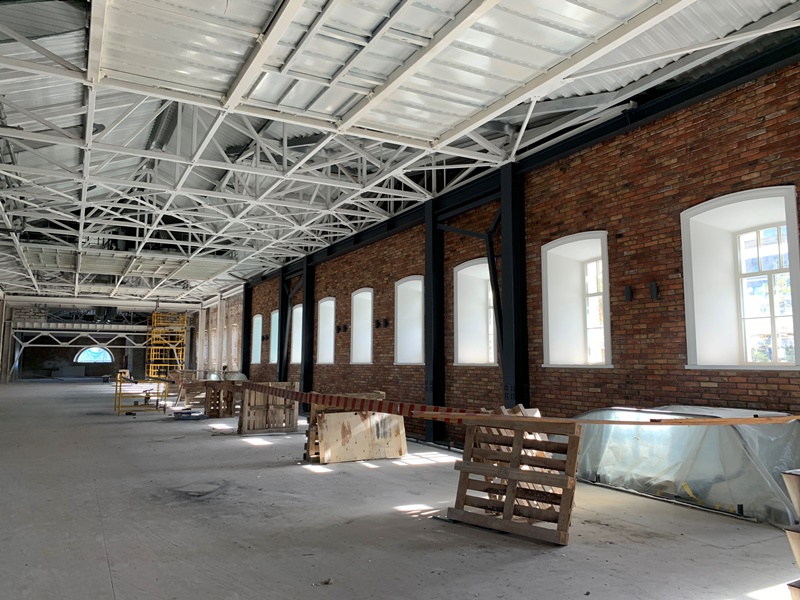 The utility systems were replaced; the foundation was strengthened.The same methods and technologies according to which the facility was constructed were used during renovation as much as possible. For example, handmade stuccowork was performed; and the erection works were carried out according to old technologies.

The roof was made from the same metal as the historic one. However, it was processed according to new technologies. Moreover, its appearance corresponds to original form, but the term of service will be longer. Technology of the roof addition to the structure also complied with the rules of historical renovation. 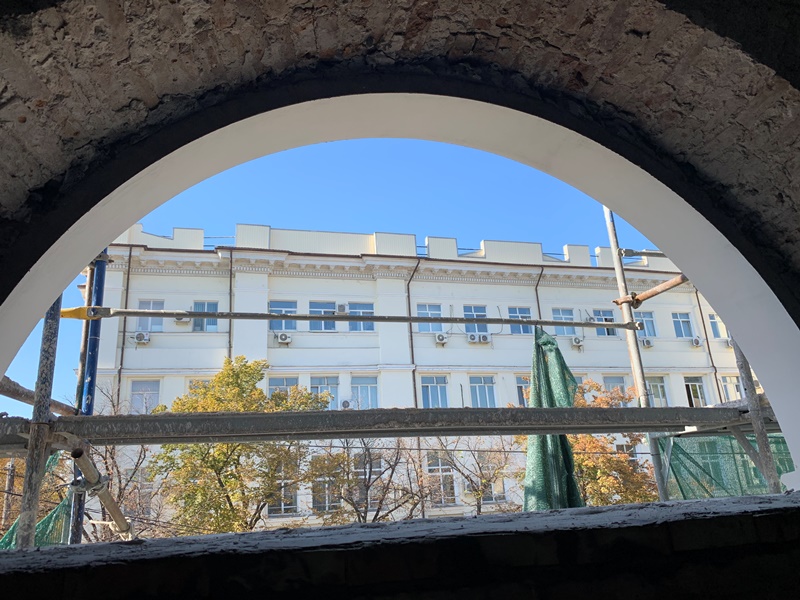 The particular wooden windows were installed. New window openings were not made; the old openings were renovated. The wooden doors will be installed soon; the weight of each door leaf will be equal to 400 kg.

The colonnade is the most featuring part of the building. All columns were daubed with lime cast. The peculiarity is that the houses built with the use of the lime-stone mortar have longer service life. Sand mortars may live about 100 years, and then they start to decay. However, the lime-stone mortar becomes stronger all the time.

The rolling stairs and the elevator are already installed inside of the building; the installation and start-up works were performed.

So, our city will get not only new beautiful facility soon, but the prominent building with its long history. Katerynoslav cloth factory was in the state of neglect for too long. However, it will have new start now.